About Me
You are here: Home / Give Back / Cycling Solo from New York City to Los Angeles

iHeartCardio is a concept that I created to be the theme for a solo bike tour across the USA during the fall of 2012. It was just me and a bicycle, on the road with a couple of bags filled with the essentials aka “adventure cycling”. 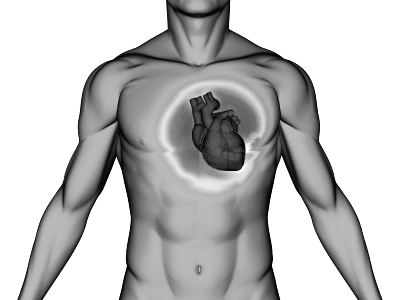 Do I really love cardio? Uhm, I can’t really say that I love cardio (cardio-vascular exercise) itself because when you do it right, there is NOTHING to love about it. Unless you’re a masochist.

But what I do love is the feeling resulting from cardio. The “runners high”, the energy, and the surge of endorphin levels in the body which cause me to feel like I could kick some ass while blindfolded.

That and the fact that I know I’m performing the proper maintenance that the human body needs.  When you have a Maserati, you’ve often got to take it on the beltway and open it up. Get it above 110 mph, let it breathe. If you just let it sit in the driveway (the couch), the tires will flatspot, the car will rust and deteriorate (heart disease).

My adventure cycling trip began in NYC and ended in LA. I mainly traversed the country via back-roads, rural highways, back-alleys, and back-roads. And for a total of about 30 miles I unfortunately had to be on the interstate (glad that part is over).

So why did I do this?

I was listening to the “Jet Set Life” podcast, an entrepreneurship podcast, during a road-trip in early 2011. In one particular episode, host Rob Murgatroyd interviewed an entrepreneur by the name of Clay Boeschen. They spoke about business and how it has afforded Clay the opportunity to travel throughout central and south america for extended periods of time. Clay told his experiences and to me as a listener, they were very exciting and I was inspired.  But then Clay told about how when he came back to the states after being out of the country for months, him and a friend spontaneously decided to ride their bicycles from the Canadian border down to the Mexico border in San Diego. He described that experience as the best experience of his life. And this is right after the experience of the backpacking trip in South America that he loved. When I heard that, I was like “WHAT! I gotta get me summa that.” 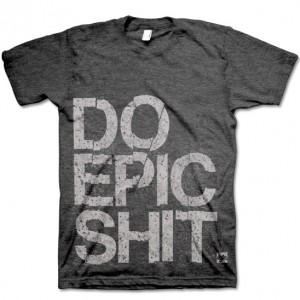 So later in 2011, I started casually researching how one actually goes about biking across America. And to my surprise, a bunch of people do it every year. Some do it in tour groups, some do it solo, some do it just cuz, some do it for charity.

My initial plans were to do it “just cuz” and solo, because after reading around on blogs and forums and such. It seems like those that do it alone or with one other person apart from an organized tour group have the better experience.  So solo, it was. However, I felt like I had to do this for more than just my self.

So granted the fact that Heart Disease is the number one cause of death amongst Americans and one of the more common causes of it is lack of exercise and improper diet. To me I felt like it was a no-brainer to cycle across the country for the American Heart Association. So raise money for a good cause + have a dope life experience = winWin

How Did I Train?

Basically, it’s not what you think. I didn’t ride a bicycle that much to prepare. I really didn’t want to burn myself out on a bicycle with training, I had 3,000 miles worth of time to do that.

What I did do was work out twice a day, daily.  One workout consisted of 20-30 minutes of cardio at 80% maximum heart-rate, at the least.  The other workout consisted of weight training.  I chose that route, so to get me accustomed to ‘daily’ physical activity.  Which was a huge challenge. If that bike trip wasn’t planned for, at most I would’ve worked out 4x per week. Those extra 3 days made a huge difference.

And as far as diet was concerned I completely cut down on the sugars and carbs and had been eating as clean as possible with the consumption of a gallon of water daily.  That definitely resulted in toilet visits twice per hour, but it helped to properly hydrate, and muscle cells grew faster when they were properly hydrated.

Stories from the Road

I kept a (12-part) diary throughout the entire 65 day trip. I invite you to read through some of the unique experiences that I had and peep a few of the many pictures that I snapped. There are some videos sprinkled in here and there as well. If you’re thinking of taking a similar adventure cycling type of trip, be it solo or group, hopefully these writings will provide you with some insight on what it’s really like.