About Me
You are here: Home / JustinMcClelland.com Archive / The Little Deal that got Smaller

So, I’ve stopped chasing ‘skinny’ deals a few months ago.  But when they come right to me, I can’t help but to see if I can do something with them with little effort.  Perhaps that’s still a downfall of mine, that I must learn to overcome…I could be blind to the big-deals when I even give a small-deal a look for a few moments.

In my experience, the small-deals (2K or less) just end up getting smaller one way or another.  I’ve lost count of how many times I’ve tried to work a small-deal and it ended up falling apart anyway.  The result, a bunch of wasted time on a deal that was to pay peanuts anyway.

So here’s an example:
A homeowner in Champaign called about a house that she wanted to get rid of.  She was an elderly lady and had formerly rented the property out to a family member.  But it had since been vacant for about 1.5 years.  I took a look at the house and it was a dump.  Bad neighborhood, boarded-up windows, fleas, warped floors, hoarded-junk throughout…the whole nine.

I was thinking that this place was a tear-down candidate.  However, granted the location of this house and the cost of tear-downs (15-20K), the property was worth much more if it could possibly be rehabbed.

So I tell the owner that I can’t offer her much.  I tell her that I can pay her the delinquent tax amount as the property wasn’t worth much more than what it was behind in taxes for.  I also told her that I’d help her towards an Amtrak ticket down to Mississippi to visit her ill sister.  She was fine with that.  Plus, she’d be saving on the homeowners insurance that she was paying out monthly on a fixed income.

So I got the property under contract for $10 and was to pay all closing costs.  I figured that I could at least wholesale this thing for about 7K, but at the same time I knew my audience was very small.  Most of the buyers that I have don’t want to touch extensive rehab projects like this one.  So I did some digging.  I found two buyers that had bought other junk properties recently.  I found these guys by reviewing a cash-sold MLS report.  I then used free411.com to get their numbers and gave them a call.

The first guy took a look at the property and passed on it.  I asked him why.  He said that the price was right (I priced at 5.5K after I later realized a crumbling foundation and a bowed exterior wall), but he just didn’t have the crew to tackle a project like that at the time.  The second guy took a look at the property and wanted to take it.  He said he’d only pay 4.5K for it.  I agreed to that.  You don’t really have the leverage to haggle when you don’t have a “killer deal”.  Plus I was ready to be done with it…gotta cut time-spent on these.

When I went to go and assign the contract to him, he was like WTF is an assignment?  I tried to educate him, but he wasn’t hearing it.  He just wanted to put me down in a new contract, between him and the homeowner, as someone who “prepared the house for sale”.  At first, I wasn’t willing to go along with that.  But, he made it clear that it was going to be his way or he wasn’t going to buy.  I didn’t have anyone else lined up to buy that POS, so I was trapped.  And plus, I didn’t want to upset one of my very few junk-buyers that I could go to.  So I told him “Oh Let’s Do It”.

The end-result?  Well I made a huge oversight.  I knew the property was tax delinquent two years and had accounted for that.  But how I forgot to account for the current tax year credit…who knows.  So that revenue year 2010 tax credit, took what little scraps I had left.  And what started out from day-one, on paper, as an approximate 2.5K potential profit turned out to be… 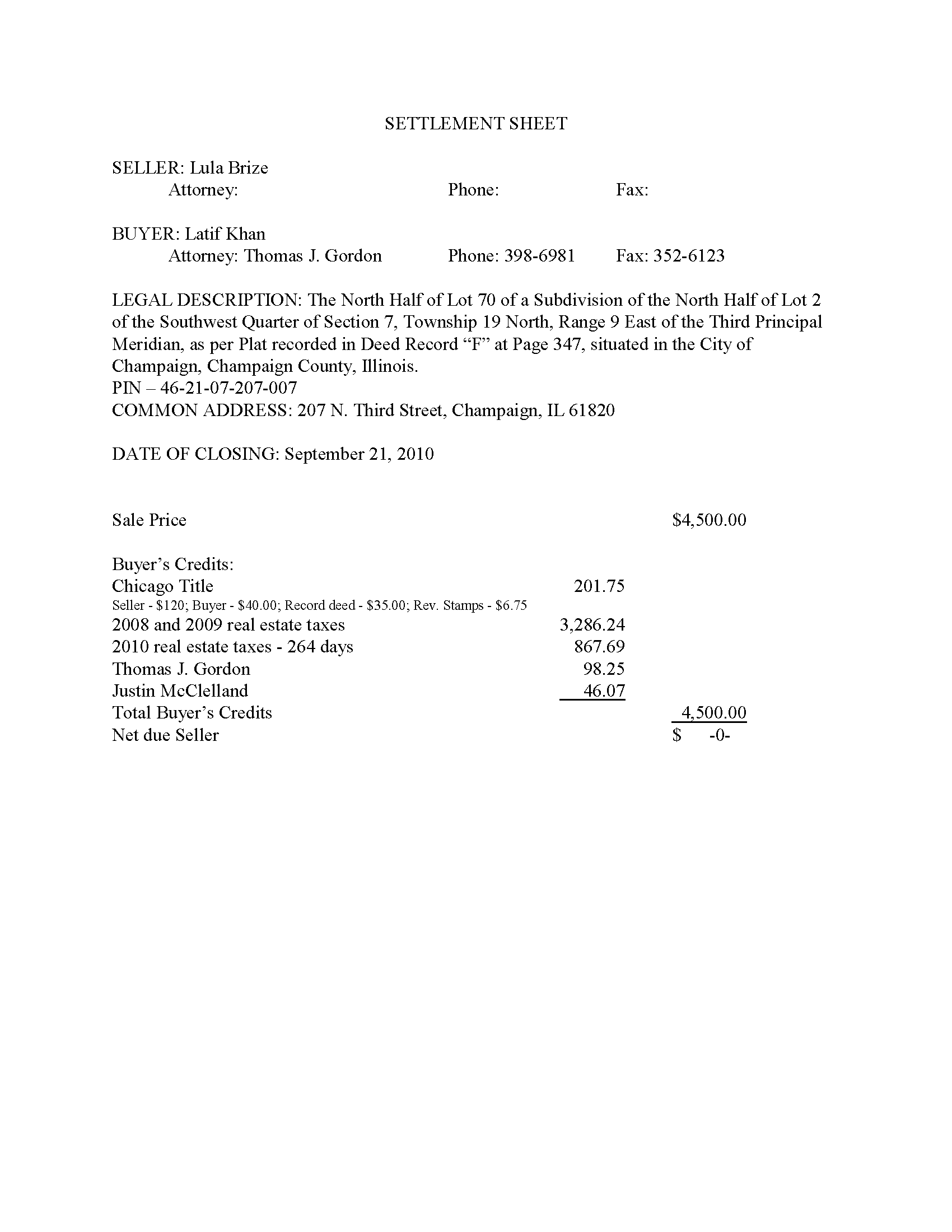 Athlete. Entrepreneur. Cosmopolitan. Philanthropist. 39 years young with an obsessive drive to experience the best of every life endeavor pursued. Join Me.

The SpiritAir Guide to Free Luggage. April 2017 Size Update
151 Comments
Why carbohydrates are like crack. How a 10 day juice fast can cure you
79 Comments
From Contiki Cough to Bed Bugs:The stuff I wish I knew before the trip
31 Comments
Do It Yourself – Yellow Letter Marketing
16 Comments